We have been closely monitoring the news of coronavirus (COVID-19) as we follow a fast-changing and uncertain situation. Our hearts go out to the families that have been impacted and to those who have been on the frontlines of this crisis.

The safety of our Gala attendees is our top priority. Based on current guidance from public health leaders, and after consultation with our partners, we have decided to postpone our Colors of Turkey Gala.

We are confident that we will be able to gather again to celebrate and are already working with the Metropolitan Museum of Art to set a new date. We will update you accordingly.
We greatly appreciate your patience and understanding and look forward to celebrating together in the Fall.
Find Answers to Registeration Questions 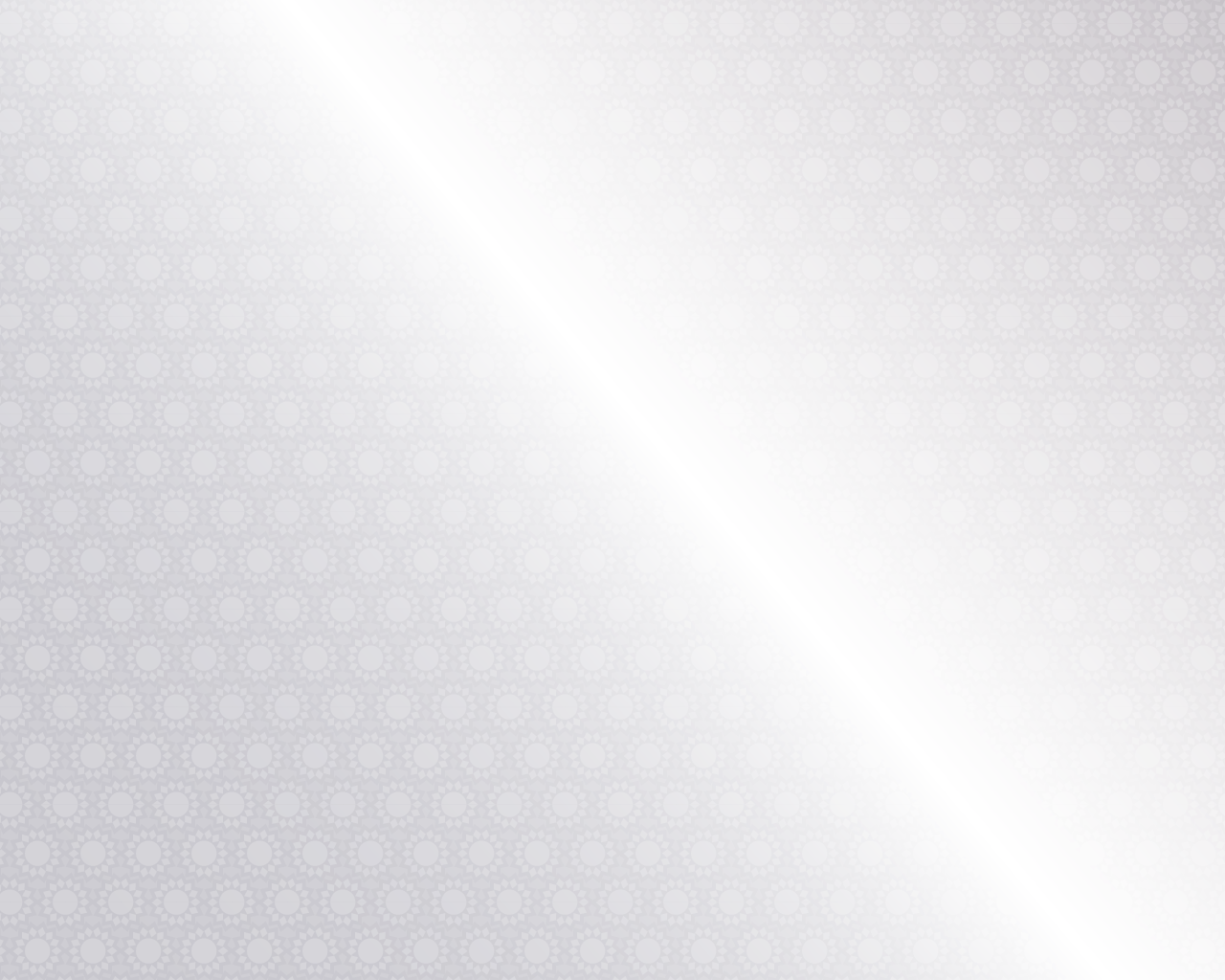 You are invited to:  Turkish Philanthropy Funds Colors of Turkey Gala 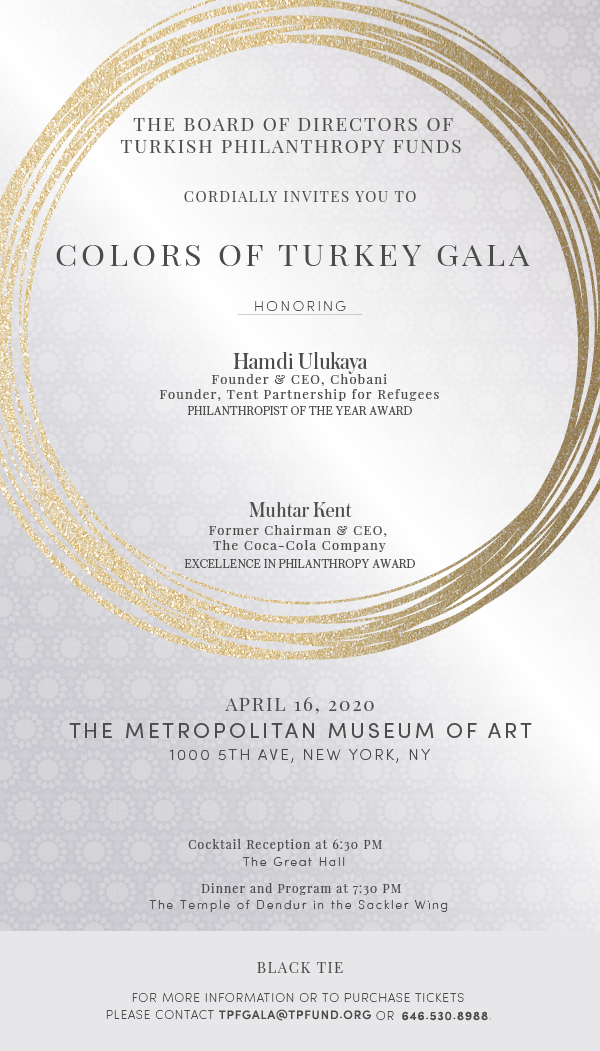 TURKISH PHILANTHROPY FUNDS
Colors of Turkey Gala
Turkish Philanthropy Funds is proud to celebrate inspirational leaders who have made extraordinary contributions to our communities in the field of philanthropy. This Fall, we invite you to join us at The Metropolitan Museum of Art for this festive signature event in support of TPF.

TPF is a critical player in the world of philanthropy towards Turkey and among Turkish-American community. Founded by a group of dedicated Turkish-American entrepreneurs, bankers and architects, TPF has managed over $35 million and invested more than $21 million for causes in Turkey and in the United States since its inception in 2007. Our grants cover a broad spectrum of programs and projects that enable us to be a transformative force for our communities. We have invested in education from early childhood education to adult literacy, in social and economic development of local communities from skill enhancing workshops to children's health, in women empowerment from girls education to advocacy for equality and in disaster relief to make sure our communities revive right after. We believe that if we focus our innovation on problems worth solving, then we could remain a beacon of positive change for our communities, and we work towards that diligently.

Colors of Turkey Gala is a rich, immersive, thought-provoking experience dedicated to exploring the essential role philanthropy plays in social and economic development of our society and in creating innovative change. All net proceeds support TPF’s work on the most critical challenges to incite change in the areas of education, gender equality, development and disaster relief —today, tomorrow, and for many years to come.

This year Colors of Turkey Gala honors Mr. Hamdi Ulukaya with the Philanthropist of the Year Award for his lifetime dedication to philanthropy to achieve a world of justice and equality. The Philanthropist of the Year Award will be presented to Mr. Hamdi Ulukaya by this year's the Excellence in Philanthropy Award winner, Mr. Muhtar Kent. Mr. Muhtar Kent receives the Excellence in Philanthropy Award for his deep commitment to our communities both in the US and in Turkey.
Register
Location
The Metropolitan Museum of Art
1000 5th Ave
New York, NY 10028
Date & Time
Fall 2020

Dinner and Program at 7:30 PM
The Temple of Dendur in The Sackler Wing 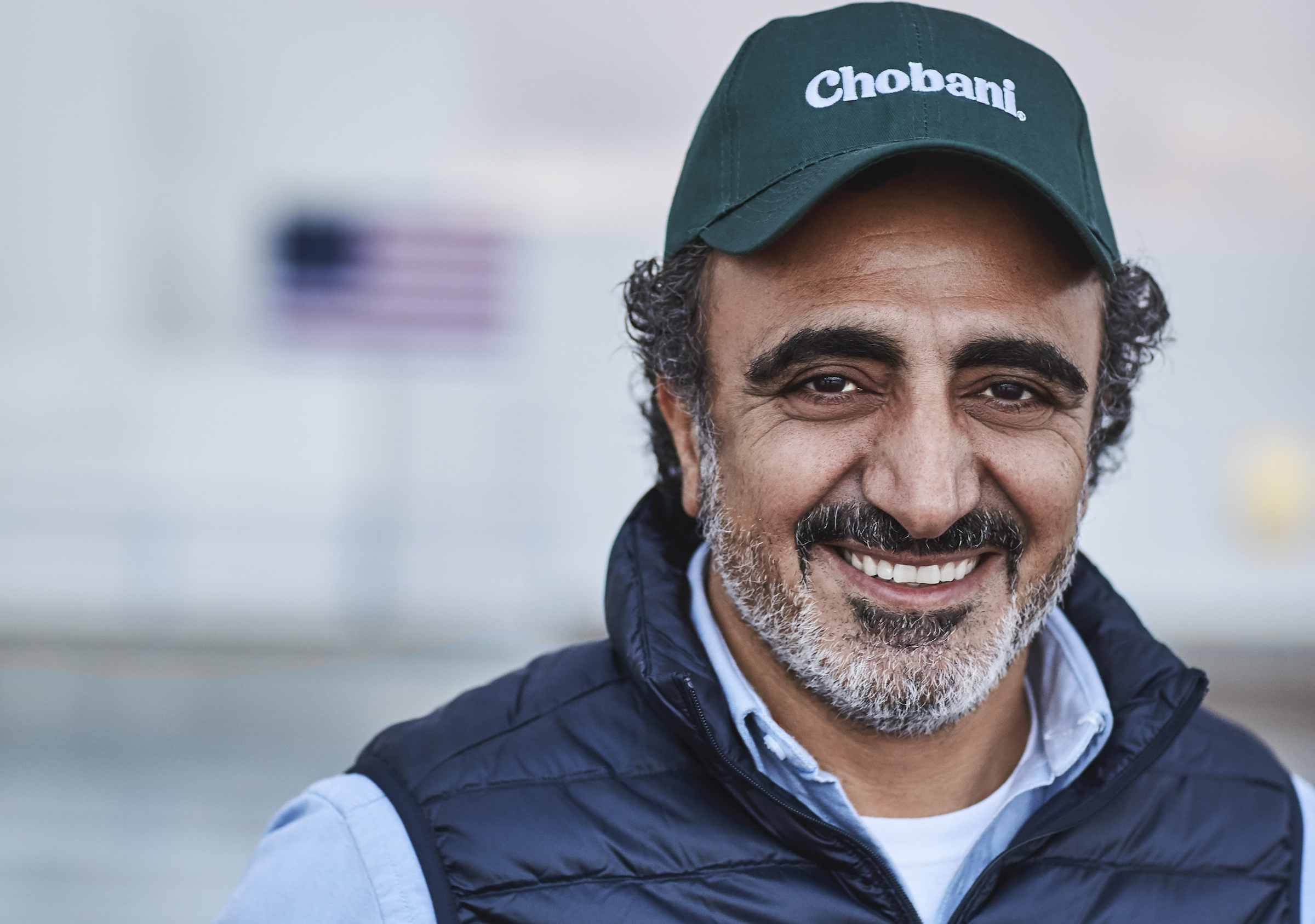 HAMDI ULUKAYA
Founder & CEO, Chobani
Founder, Tent Partnership for Refugees
Hamdi Ulukaya has been named as the recipient of the Philanthropist of the Year Award, which honors an outstanding philanthropist every year that has made significant contributions to philanthropy in diversity, equity and inclusion through innovation and his/her lifetime of work to make communities stronger places to live in.

We are proud to honor Hamdi Ulukaya with this year’s award in recognition of his lifetime dedication to philanthropy, especially his commitment to help bring an end to the refugee crisis through Tent Partnership for Refugees. His life exemplifies the meaning of philanthropy, as seen through his career, leadership and philanthropic engagement. Hamdi has tirelessly championed for a fair and equitable world for his employees, the communities supporting his business, refugees all around the world and our society in large.

About Hamdi Ulukaya
Hamdi Ulukaya is founder and CEO of Chobani, one of the fastest growing food companies in the last decade and a pioneer for the natural food movement.

Raised in a dairy-farming family in a small village in eastern Turkey, Ulukaya launched Chobani in 2007 with the mission of making better food more accessible. In less than five years, Chobani became the No. 1–selling Greek Yogurt brand in the U.S. with more than a billion dollars in annual sales. Chobani has been named to Fortune’s ‘Change the World’ list of companies, was honored with a Salute to Greatness Award by The Martin Luther King Jr. Center for Nonviolent Social Change and named one of the ‘Best Places to Work for LGBTQ Equality’ by the Human Rights Campaign.

Ulukaya has always made helping people and having a positive impact on communities a priority for Chobani. From the beginning, the company has donated a portion of its profits to charitable causes, many of them in Idaho and New York where its products are made.  A champion of reducing income and wealth inequality nationwide, Ulukaya advocated in support of a proposal to increase the minimum wage in New York that ultimately became law. In addition, Ulukaya implemented a groundbreaking profit-sharing program for the company’s 2,000 employees. He also took the rare step in manufacturing of instituting a six week, fully paid parental leave program for all of the company’s mothers and fathers.

In 2016, Ulukaya launched the Chobani Food Incubator to mentor and support socially responsible food entrepreneurs and further deliver on the company’s mission to provide better food for more people.

A devoted humanitarian, Ulukaya founded the Tent Partnership for Refugees to mobilize the private sector to improve the lives and livelihoods of the more than 25 million refugees around the globe. He also signed the Giving Pledge and committed the majority of his personal wealth to the cause.  For these efforts, he was named an Eminent Advocate by the United Nations Refugee Agency (UNHCR) and received the United Nations Foundation Global Leadership Award, among other recognitions. Ulukaya is also an Oslo Business for Peace Award recipient, a Global Citizen Prize winner and was named one of TIME’s 100 Most Influential People in the World for his work on the refugee crisis and his innovative approach to business.

Ulukaya sits on the board of the Pathfinder Village and is a member of the B Team, a collective of global leaders working to inspire dialogue and business action for a fairer, greener and more human economy. A big fan of independent films and the Turkish soccer team Fenerbahce, Ulukaya lives in New Berlin, N.Y.
EXCELLENCE IN PHILANTHROPY
AWARD 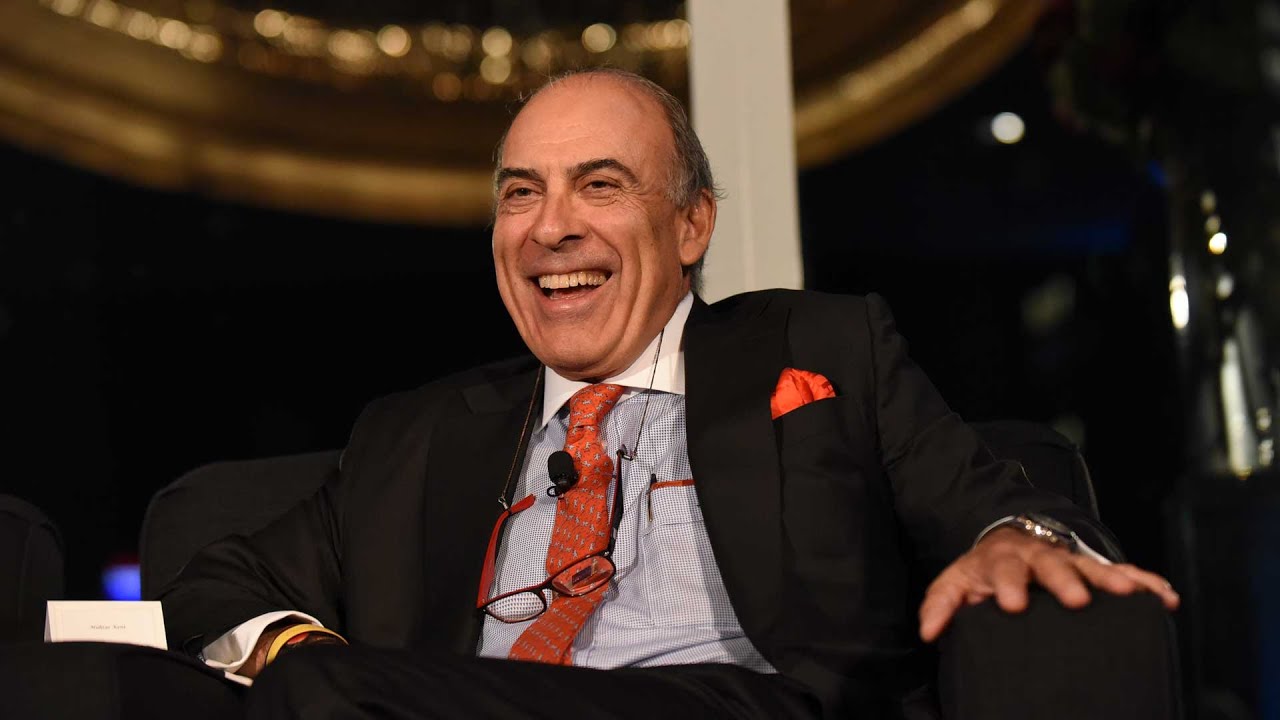 MUHTAR KENT
Former Chairman & CEO, The Coca-Cola Company
Founder & Chairman, Defne and Muhtar Kent Educational Foundation
Advisory Council Member, Tent Partnership For Refugees
Muhtar Kent will receive the Excellence in Philanthropy Award, which honors an individual who has shown outstanding leadership in the area of philanthropy and who, through giving, has made a remarkable difference in bringing about sustainable social change.

We are proud to honor Muhtar Kent with this award this year for his support of the Tent Partnership for Refugees, his contribution to establishing a new conflict-resolution program at Columbia University and his family foundation's unwavering support of students from Turkey.

About Muhtar Kent
Muhtar Kent is the former Chairman and CEO of The Coca-Cola Company.

Mr. Kent joined The Coca-Cola Company in Atlanta in 1978, holding a variety of marketing and operations leadership positions over the course of his career. In 1985, he became General Manager of Coca-Cola Turkey and Central Asia. Beginning in 1989, he served as President of the Company's East Central Europe Division and Senior Vice President of Coca-Cola International, with responsibility for 23 countries.

In 1995, Mr. Kent was named Managing Director of Coca-Cola Amatil-Europe, covering bottling operations in 12 countries. In 1999, he became President and CEO of the Efes Beverage Group, a diversified beverage company with Coca-Cola and beer operations across Southeast Europe, Turkey and Central Asia.

Mr. Kent returned to The Coca-Cola Company in 2005 as President and Chief Operating Officer of the Company's North Asia, Eurasia and Middle East Group, an organization serving a broad and diverse region that included China, Japan and Russia. Less than a year later, he became President of Coca-Cola International, leading all of the Company's operations outside North America.

Active in the global business community, Mr. Kent is the past Chairman of the International Business Council of the World Economic Forum and a member of its Chairman’s Community, a member of the Concordia Leadership Council, the Council on Foreign Relations, and Chairman Emeritus of the U.S. ASEAN Business Council. He serves on the boards of 3M, Special Olympics International, Catalyst, Cambridge China Development Trust and Emory University.
Gala Committee
Co-Chairs
Merve Gürsel & Mehmet Lütfi Kırdar

The Marmara Park Avenue is offering a discounted rate for our out-of-town guests. Book here.
Register

© 2020. All Rights Reserved.
All proceeds will benefit Turkish Philanthropy Funds. All contributions are tax-deductible to the extent permitted by law.
Visit www.tpfund.org  or call 646.530.8988 to learn more about our programs and donor services.